I did photograph some interesting moths just north of the Waterton Lakes National Park over the weekend which I will be posting later in the week.  I also photographed a Glover’s Silkmoth caterpillar (probably a late or final instar) that was discovered at the excellent “Waterton River Suites B&B” where we were staying.  It’s surprising what gets noticed when people find out that you are interested in moths!

Anyway, more on that later.  Last night there were 40 macro moths of 15 species in the light trap which included 2 new species for the year, a Maple Spanworm (Ennomos magnaria) and a Cloaked Peasant (Brachylomia populi). 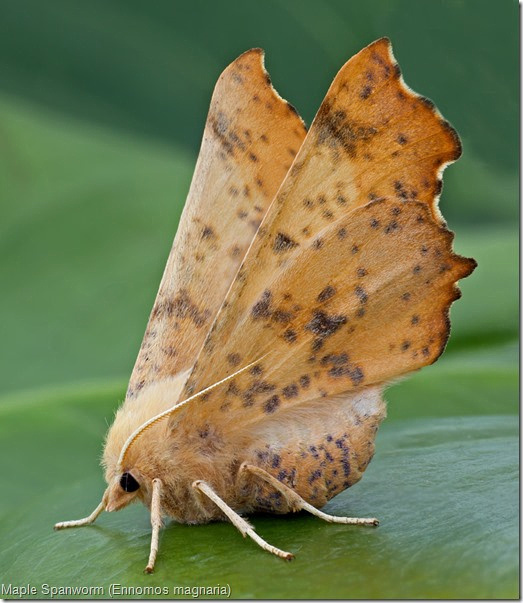 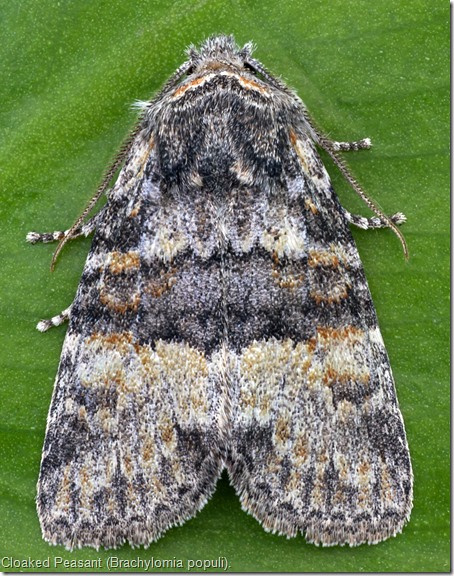