Some different moths at last…

There were a couple of new backyard moths for the year in the light trap this morning.  One was a Thaxter's Pinion Moth (Lithophane thaxteri).  This was a good record as I have only seen this moth once before on the 22nd Oct 2013.  The other new species for the year was an Alfalfa Looper (Autographa californica).  This was my earliest record for this moth by a few days.  Of course, there were also the inevitable Speckled Green Fruitworm (Orthosia hibisci) moths.  8 in total.  I have the bait trap out as well now so we’ll see what that attracts. 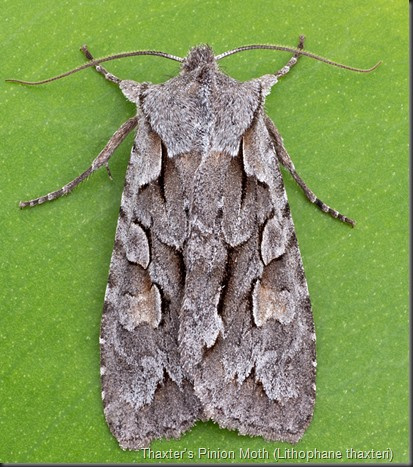 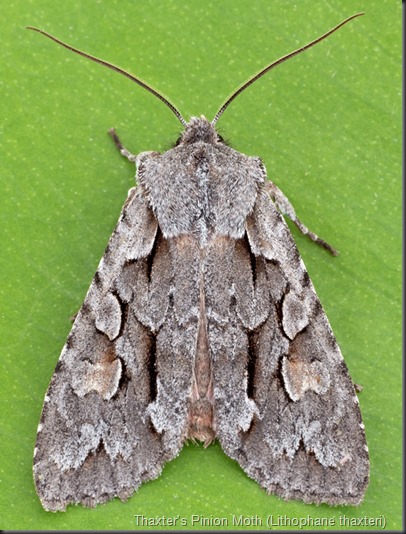 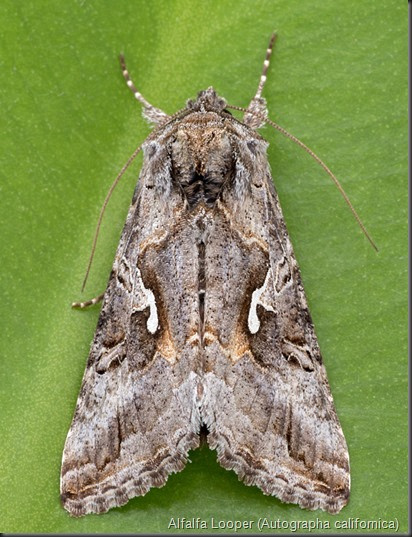