At last! The first backyard macro moth of 2014…

I put my light trap out last night for only the second time this year and there were two moths in the trap this morning.  Not unsurprisingly, the macro moth was a Large Grey Pinion (Lithophane georgii) which a hibernator and one of the more common Lithophanes.  The other was a micro moth which is probably an Acleris sp.  I also saw my first butterflies of the year yesterday at a local Calgary park.  A Milbert's Tortoiseshell and  two Mourning Cloaks.  Both of these butterflies overwinter so it is not surprising that these are often the first to be seen in spring.  It’s another warm day today so depending on the wind I should have the light trap out again tonight. 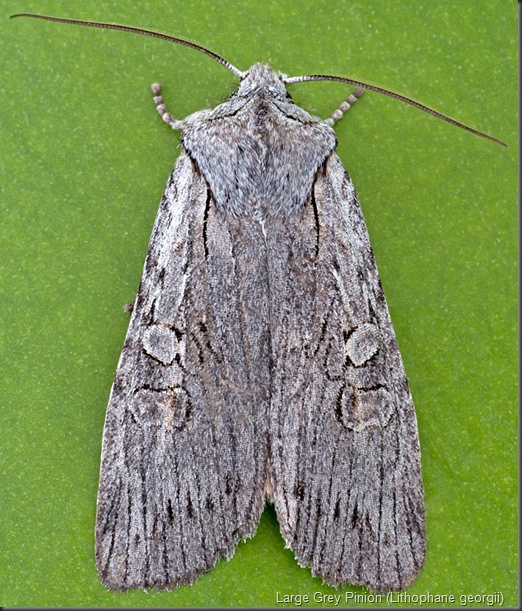