No light trap but a bait trap surprise

This is my first blog for a week and I have been getting in the range of 11 to 19 species each night but until last night only one new macro moth for the year (actually, I do have a couple of moths to identify so that statement may not be entirely accurate). Because the weather forecast for Thursday night looked a little grim I didn’t put the light trap out but decided to leave the bait trap out as it is afforded some rain protection by the tree that it hangs under.  The bait trap and the moths were a little damp in the morning but there were 4 new macro moth species for the year and no less than 6 Underwing moths of 3 species.  If I lived in a rural area (or had a very large bait trap?) this might seem like a small number of Underwings but this is definitely the largest number I have had in my trap at any one time.  It almost seemed that the rain and cooler temperatures had brought them out...

Unfortunately, it looks wet again tonight so I will have to rely on the bait trap again.  The 4 new bait trap species for the year were:

Pale Enargia (Enargia decolor) – In the light trap over several nights. The Alfalfa Looper (Autographa californica) was in the light trap a few nights ago. This image was created using 5 photographs with different focus points.  In general the Loopers (Plusiinae) lend themselves quite well to focus stacking. 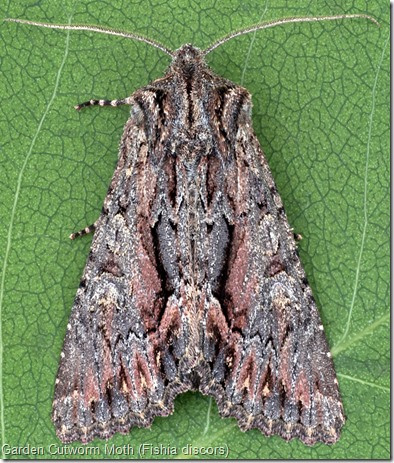 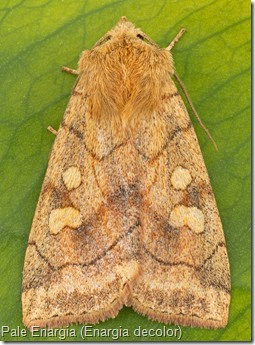 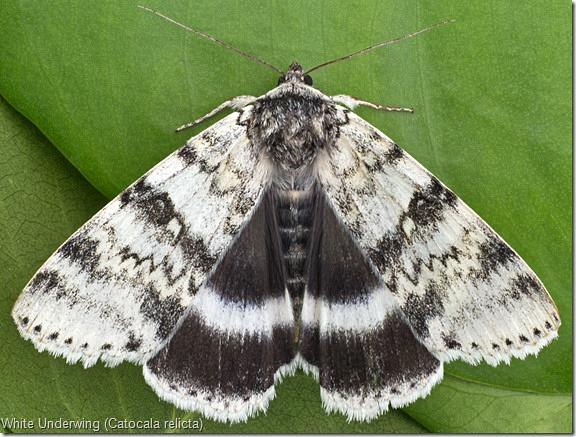 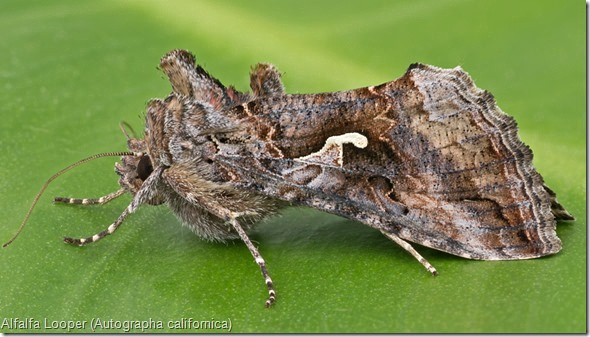