More moths at last! Blog entry for the 14th August.

The unpredictable weather has meant that I haven’t been having a lot of success with the light trap over the last week.  Having said that, I was discouraged by fairly dire overnight weather predictions, that did not materialize, on at least one occasion.  However, Tuesday was a good moth night with 46 moths of 18 species.  5 were new for the year and 1 of the 5 was a new species. The new species is, I believe, a Once-married Underwing Moth (Catocala unijuga).  While it is hard to be 100% certain, the wide black bands on the hindwing which touch the inner margin of the wing and the dark hairs in the basal area of the hindwings point towards unijuga rather than meskei or semirelicta.  The forewings are lighter than briseus and lack the characteristic patch of brown scales.  The other new species were: 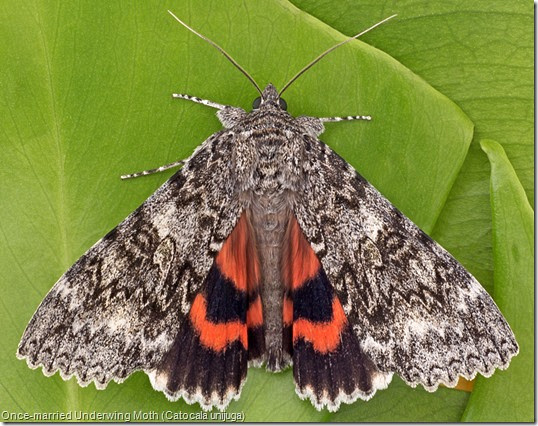 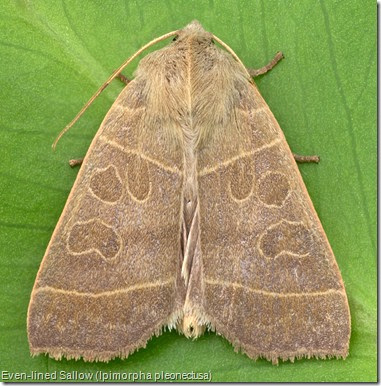