Blog entries for the 27th July to 1st August

Well, cooler overnight temperatures and wetter conditions have reduced the moth numbers for a few nights but here’s a summary of the numbers and species in the light and bait traps.  I didn’t put the light trap out on the 28th and only the bait trap was out on the 30th.  Also, these numbers do not include a few unidentified moths or micro moths.

As can be seen the moth numbers are picking up again.  However, I’m getting quite a number of worn moths so they are not always good photographic subjects. It’s also the time of the year when I get those tricky Euxoa species of moth.  Often with these the only way to be certain of an identification is by dissection so some will remain unidentified.

Here are some of the new species and what I believe is a Red-spot Polia (Lacinipolia davena).  Certainly, a nice looking moth.  The Black Army Cutworm (Actebia fennica) can be identified as a male because of the broad pale border along the posterior edge of the forewing.  This is lacking in the female Actebia fennica. 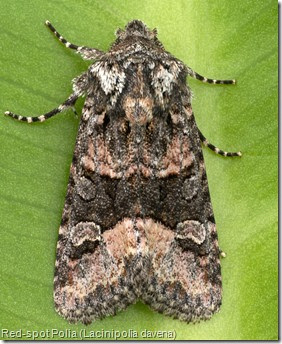 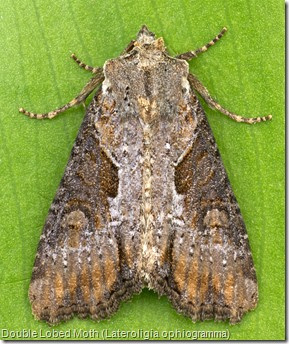 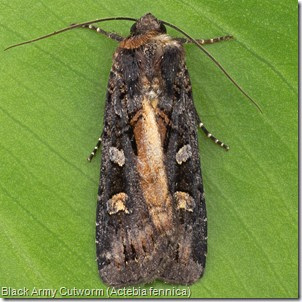 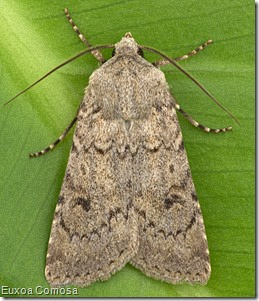 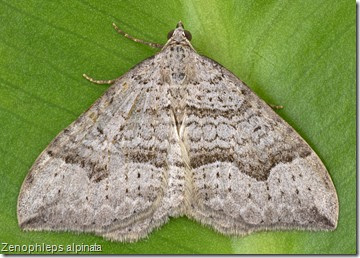